KABUL 24, THE STORY OF A TALIBAN KIDNAPPING AND UNWAVERING FAITH IN THE FACE OF TRUE TERROR by Ben Henry O. Arnold and Ben Pearson

They were teachers, engineers, nurses, students, and artists from around the world who answered God's call to help Afghan refugees rebuild their lives following decades of war. But as international tensions reached inferno levels in 2001, extremists set out to rid Afghanistan of anyone who posed a threat to Islam and the influence of the Taliban.

Kabul 24 is the story you didn't see on CNN. It's the story of the human heartbeats behind the headlines that captivated the world during one of the most volatile political windows in rencent history. Relive the harrowing, true account of how eight humanitarian aid workers imprisoned behind enemy lines would survive and even thrive in the midst of betrayal, inhumane conditions, and the massive Allied bombing raids? conducted by their own countries? following the terrorist attacks of 9/11.

From peacemakers to pawns in a story of political and religious turmoil, the eight would individually and collectively discover a level of hope that would free them from captivity long before their dramatic rescue by American Special Forces 105 days after their abduction. 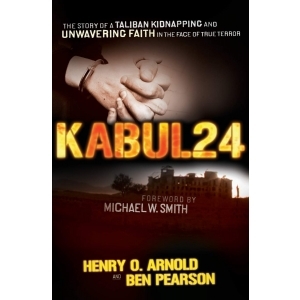