As the early church moved away from the original cultural setting of the Bible and found its home in the west, Christians lost touch with the ancient world of the Bible. Cultural habits, the particulars of landscape, even the biblical languages soon were unknown. And the cost was enormous: Christians began reading the Bible as foreigners and missing the original images and ideas that shaped a biblical worldview. This new book by New Testament scholar Gary Burge launches a multivolume series that explores how the culture of the biblical world is presupposed in story after story of the Bible. Using cultural anthropology, ancient literary sources, and a selective use of modern Middle Eastern culture, Burge reopens the ancient biblical story and urges us to look at them through new lenses. Here he explores primary motifs from the biblical landscape―geography, water, rock, bread, etc.―and applies them to vital stories from the Bible. 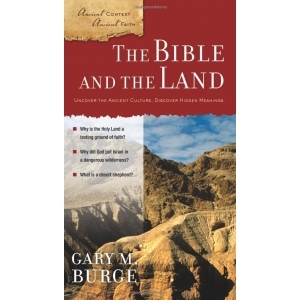